"I Want To Put a Tag of Shame On the Greedy Bastards Who Are Responsible for This." --John Steinbeck

From the "some things never change" file. Text is from The Writer's Almanac.
It was on this day in 1939 that John Steinbeck's (books by this author) novel The Grapes of Wrath was published. His wife, Carol, came up with the title, from "The Battle Hymn of the Republic": "Mine eyes have seen the glory of the coming of the Lord;/He is trampling out the vintage where the grapes of wrath are stored." 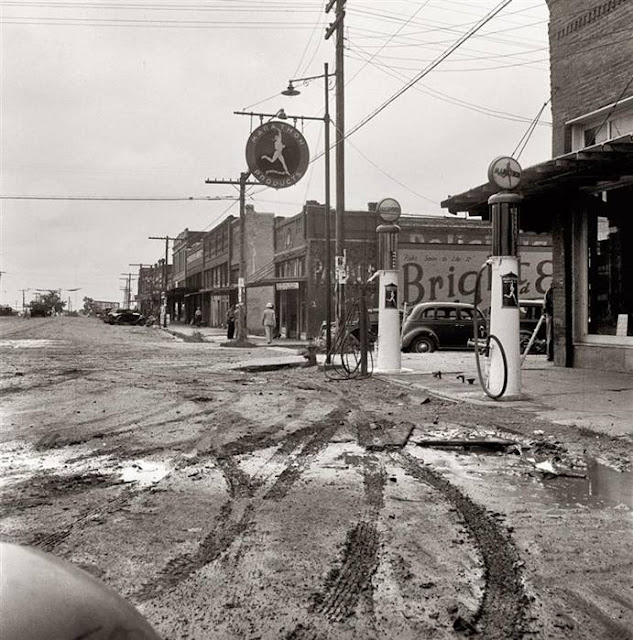 The Grapes of Wrath tells the story of the Joads, a family of "Okie" sharecroppers who leave their home in Oklahoma for the promise of a better life in California. Steinbeck was inspired to write the book after he was sent on assignment by Fortunemagazine to visit the tenement camps in California, an assignment he soon gave up, saying, "I don't like the audience." He agreed to go around with a photographer for Life because he liked the idea of photographs. On March 7th, 1938, he wrote to his agent, Elizabeth Otis: "I'm sorry but I simply can't make money on these people. That applies to your query about an article for a national magazine. The suffering is too great for me to cash in on it. I hope this doesn't sound either quixotic or martyrish to you. A short trip into the fields where the water is a foot deep in the tents and the children are up on the beds and there is no food and no fire, and the county has taken off all of the nurses because 'the problem is so great that we can't do anything about it.' So they do nothing. And we found a boy in jail for a felony because he stole two old radiators because his mother was starving to death and in stealing them he broke a little padlock on a shed. We'll either spring him or the district attorney will do the rest of his life explaining. But you see what I mean. It is the most heartbreaking thing in the world. If Life does use the stuff there will be lots of pictures and swell ones. It will give you an idea of the kind of people they are and the kind of faces. I break myself every time I go out because the argument that one person's effort can't really do anything doesn't seem to apply when you come on a bunch of starving children and you have a little money. I can't rationalize it for myself anyway. So don't get me a job for a slick. I want to put a tag of shame on the greedy bastards who are responsible for this." 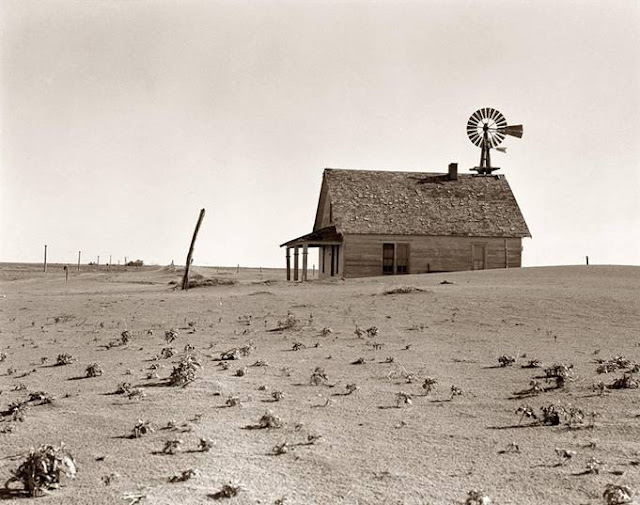 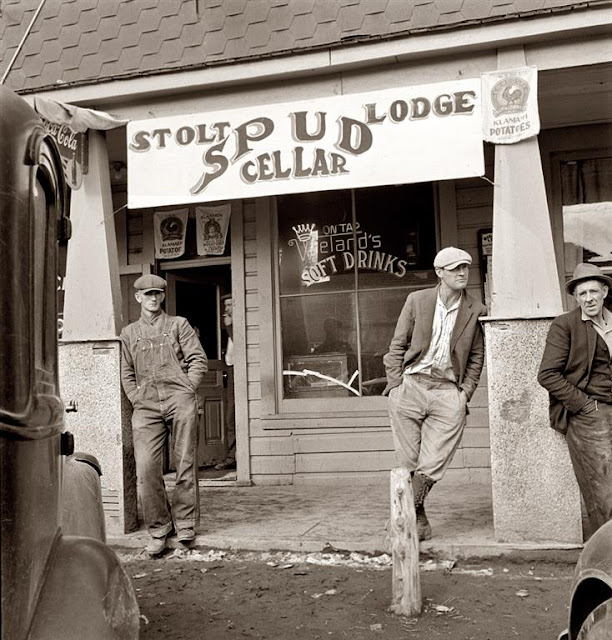 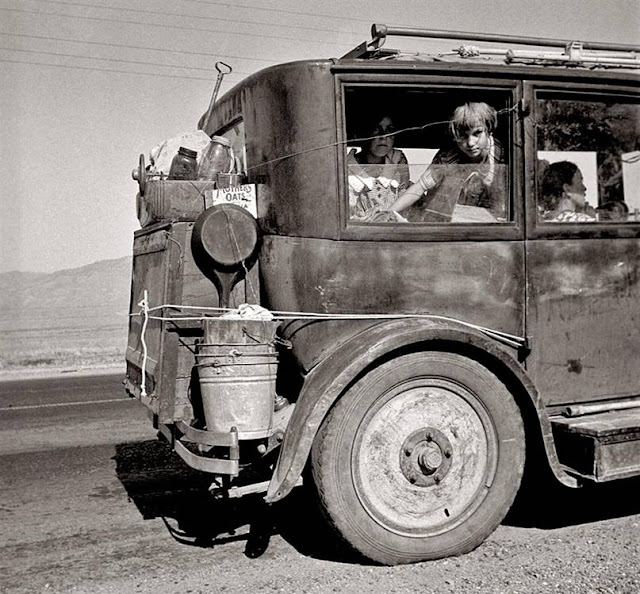 For a while, he thought his best chance of delivering that tag of shame was through newspapers. But they were only so effective, and Life didn't publish the piece. So Steinbeck started to work on a novel. He gave himself a deadline of 100 days, and he stuck to it. He kept a journal as he worked, and in his 97th entry he imagined that his main character, Tom Joad, was there with him — he wrote: "'Tom! Tom! Tom!' I know. It wasn't him. Yes, I think I can go on now. In fact, I feel stronger. Much stronger. Funny where the energy comes from. Now to work, only now it isn't work any more." But by the 100th entry, he wrote: "I am so dizzy I can hardly see the page." And then, later in the day: "Finished this day — and I hope to God it's good." That was October 26th, 1938. 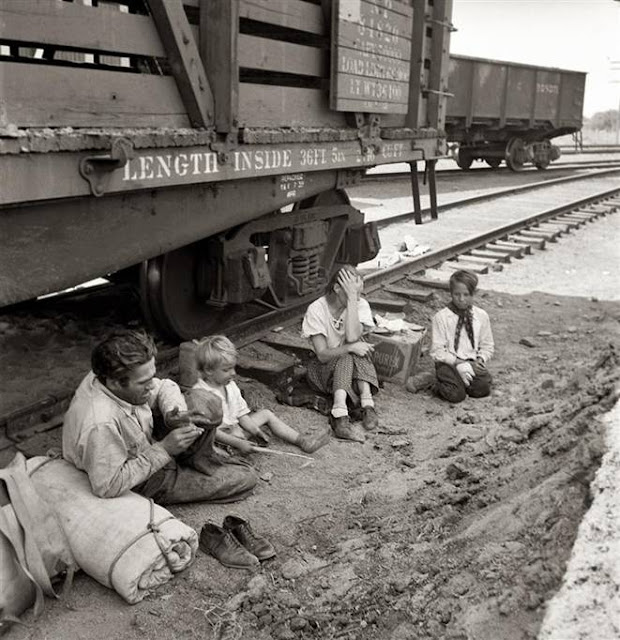 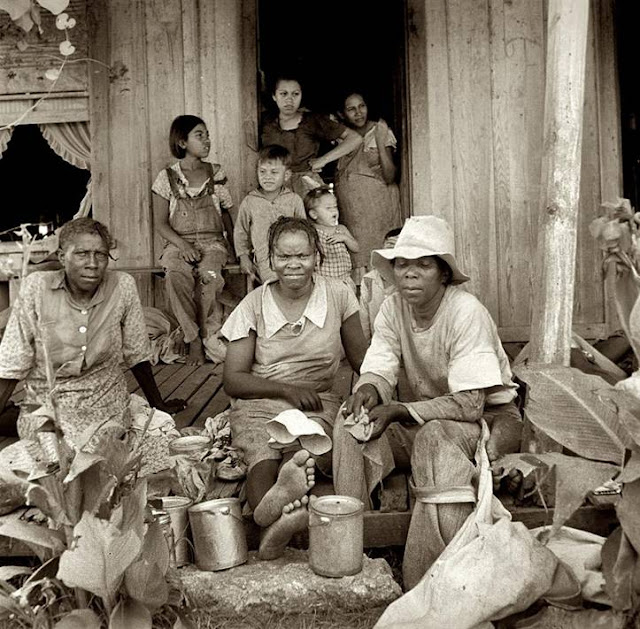 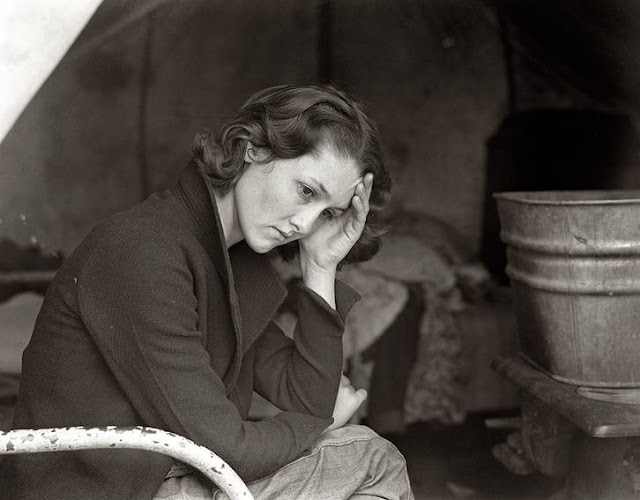 Steinbeck reworked The Grapes of Wrath over and over, and it was published on this day in 1939. Plenty of people objected to its political agenda, especially the Associated Farmers of California, who called it "a pack of lies," and not all critics appreciated it either — one called it a "mess of silly propagands [...] and scatagorical talk," another complained that "social awareness outruns artistic skill." In The New Yorker, Clifton Fadiman insisted that the ending was terrible, but then he declared that it might be the Great American Novel. It won the Pulitzer Prize and it was a huge best seller. By the end of April, it was selling 2,500 copies a day, and it was the highest-selling book of 1939, with about half a million copies sold by the end of the year. 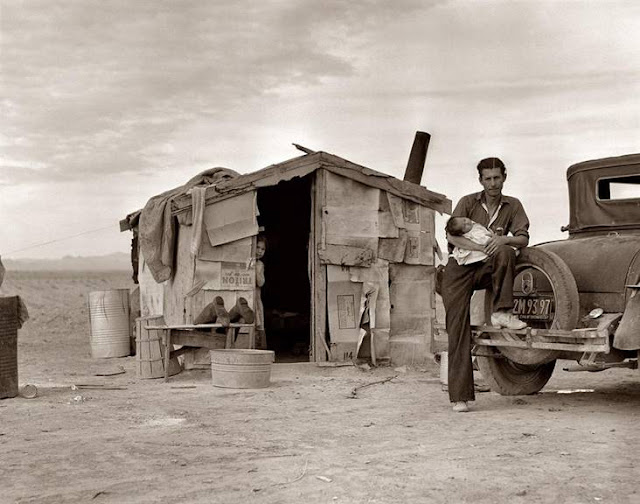 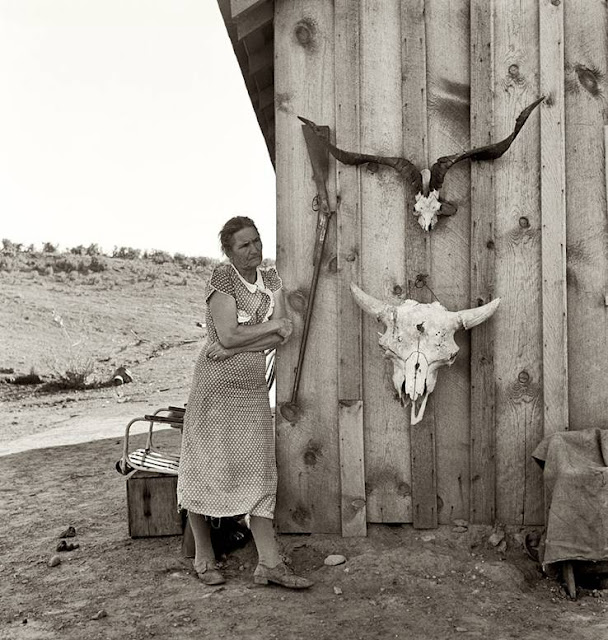 Steinbeck didn't expect the book to be popular — he told Otis, "It is a mean, nasty book and if I could make it nastier I would." In the ending, after the Joad family has fallen apart and the pregnant daughter Rose of Sharon delivers a stillborn baby, she breastfeeds a starving man. When his editor suggested he changed the ending, Steinbeck was furious. He said: "I am sorry but I cannot change that ending. It is casual — there is no fruity climax, it is not more important than any other part of the book — if there is a symbol, it is a survival symbol not a love symbol, it must be an accident, it must be a stranger, and it must be quick. To build this stranger into the structure of the book would be to warp the whole meaning of the book. The fact that the Joads don't know him, don't care about him, have no ties to him — that is the emphasis. The giving of the breast has no more sentiment than the giving of a piece of bread. [...] You know that I have never been touchy about changes, but I have too many thousands of hours on this book, every incident has been too carefully chosen and its weight judged and fitted. The balance is there. One other thing — I am not writing a satisfying story. I've done my damndest to rip a reader's nerves to rags, I don't want him satisfied."
Posted by Jim Yaussy Albright at 10:58 AM 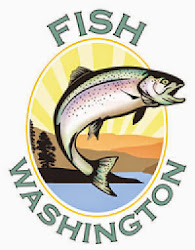